All news
9 days of weightlifting. 9 «Big» awards of our National team. 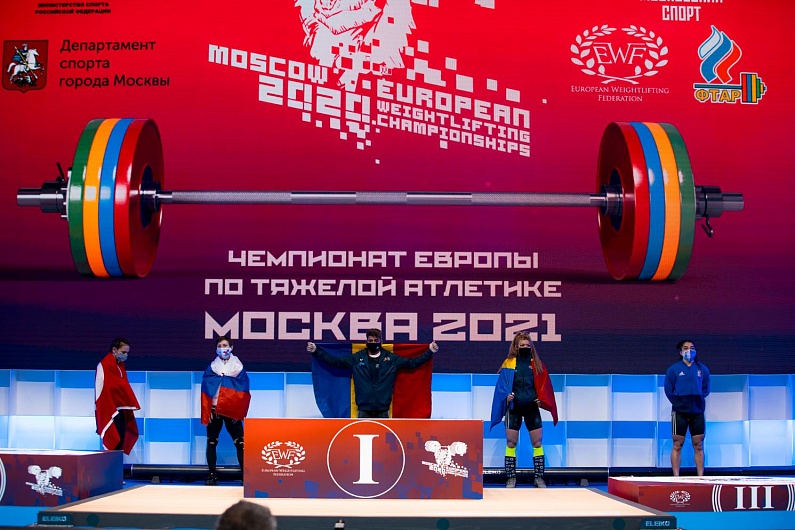 On April 11 the Closing Ceremony of the European Weightlifting Championship took place in Luzhniki. For 9 days at the Irina Winner-Usmanova’s Gymnastics Palace the strongest people in Europe competed for medals and the rights to participate in the 2021 Olympic Games in Tokyo. The Russian National team has won 9 "big" awards. The Championship was held with the support of the Moscow City Department of Sports and ANO "Moscow Sport".

Athletes from 37 European countries took part in the competition. The struggle at the Championship unfolded not only for medals, but also for Olympic certificates, which were a pass for athletes to the Summer Olympic Games in Tokyo.

The European Weightlifting Championship is being held in Moscow for the first time in 38 years, so the organizers did their best to make the teams comfortable so that they could fully focus on the results.

During the competition the athletes of the Russian National team demonstrated a high level of skill and the will to win. In the overall standings our weightlifters have 24 medals.  9 of these are big awards. Big awards in weightlifting are awards received for the cumulative result of the performed jerk and push exercises.

The most productive were Kristina Sobol, Svetlana Ershova and Olga Te. They won silver in their weight categories. Daria Akhmerova, who competed in the weight class up to 87 kg, received the gold medal.

The fate of the Olympic licenses is still shrouded in intrigue. Sport fans will get to know who will defend the honor of Russia at the Olympic Games in Tokyo this summer in late May - early June.

The European Weightlifting Championship in Moscow was a success and received the highest ratings from participants and guests. Despite the fact that there were no spectators in the stands, the broadcasting of the competition attracted a wide audience. Moscow has once again confirmed its status as one of the main sport Cities in Europe and the world.