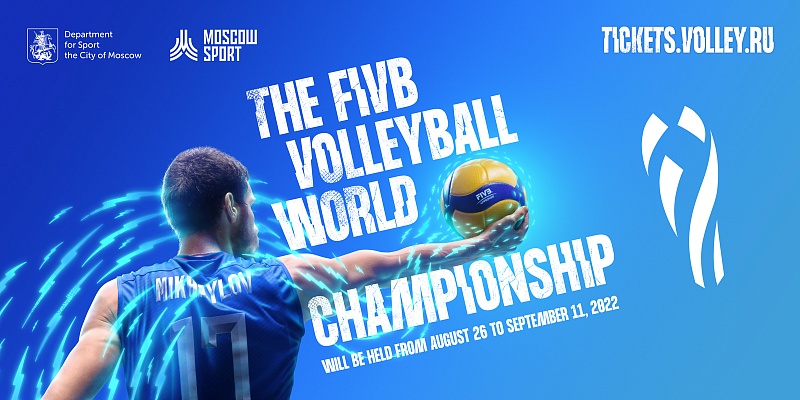 The FIVB Volleyball Men's World Championship will be held from August 26 to September 11, 2022 in ten cities of Russia. The Moscow City Sports Department supports all Moscow activities in preparation for the World Volleyball Championship, including the Draw scheduled for September 30, 2021.

The Draw will take place in one of the most modern sports facilities in Moscow – the Irina Viner-Usmanova’s Gymnastics Palace located on the territory of Luzhniki Olympic Complex and promises to become a bright event on the eve of the grand sport tournament.

During the Draw the national teams of 24 countries will get to know which teams and in which cities will meet on volleyball courts in the qualifying games.

In preparation for the Volleyball Men's World Championship 2022 a countdown to the start of the tournament has been launched on Manezhnaya Square in Moscow. The Draw is the second major event, which will become part of the history of the most important volleyball event on a global scale. During the year, Moscow and Russia will have many more interesting events that will introduce sports fans to the world of elite volleyball.

The Draw for the Volleyball Men's World Championship will begin on September 30 at 18:00.